🤖 These are the most commonly used CMD commands for Windows systems CMD is an acronym for Command. Command Prompt, or CMD, is the command line interpreter of Windows operating systems. It is similar to Command.com used in DOS called "MS-DOS Prompt."

Command Prompt uses the command line interface to communicate with the user. In the Windows operating system, this command prompt interface is implemented through the Win32 console.

In this blog, you can find the most commonly used and popular CMD commands for Windows systems.

The user can open the interface via the CMD run command or by going to the original location C:【cmd.exe.

Or you can press Window key+R and then press CMD.

The most commonly used CMD commands 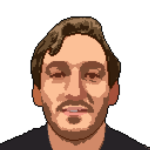 🎛️ How do you check the PowerShell version in Windows?

⌨️ These are the most commonly used keyboard shortcuts for Windows 11

📦 How to no longer combine taskbar buttons in Windows 11

👤 How to add users using a Microsoft Account in Windows 11